We are proud to introduce you to two special TMH girls…..Addie and Jasmine. Both girls have severe cases of Demodectic mange further complicated by both bacterial and fungal infections.

Their tender bodies are riddled with deep, red, sensitive sores that cause unbearable itching. They will need months of continual care which are unfortunately expensive treatments to help clear up their skin.

With early treatment you often will not be able to see signs of the previous condition. Not only will their coats begin to shine, but their spirits will soar.

Poor Addie is also dealing with heart issues, but Take Me Home has her under the care of our wonderful cardiologist for treatment. We have a long, arduous road ahead but we hope you will once again consider donating to their continuous medical care.

Two girls with long roads to travel…but not alone, with love and support from Take Me Home and your donations

Thank you for allowing us the privilege to continue saving so many precious lives. Your donations are making medical miracles every day!

Ponyboy survived the unthinkable; roaming the streets of Los Angeles for what was likely a matter of months. Animal Control was repeatedly called out to capture him as he was seen scavenging for food and shelter and appeared to be starving. One would assume that a dog that has been forced to fend for himself for so long would be unapproachable, yet sadly, once Animal Control was able to locate him, this gentle giant welcomed the human companionship and has greeted everyone with sweet licks and a wagging tail ever since. You couldn’t ask for a dog that was more thankful for his survival, but that survival came at a steep price; and had taken a very serious toll on his tired, ailing body.

Take Me Home picked up Ponyboy from the Downey shelter as soon as we could and immediately hospitalized him in order to save his life. Suffering from starvation for most likely months, Ponyboy’s body had become severely emaciated, dehydrated, and anemic. His back was covered in benign growths and he suffered from an enlarged prostate in addition to severe respiratory and skin infections. Despite the fragile condition he was in and the horrible neglect he had suffered, Ponyboy showed a will to live that was an inspiration to us all. Take Me Home provided him with the surgeries necessary to remove all of the growths from his back and to address his enlarged prostate. He was moved into one of our trainer’s homes where in addition to healing from his multiple ailments, Ponyboy could learn how to live in a home with a family; after months of solitude on the streets.

Ponyboy made progress and healed from his multiple surgeries, but his skin infection, which had been allowed to fester for far too long, had encased his entire body like a coat of armor. In order to get the infection under control, Ponyboy was put on multiple rounds of costly antibiotics and required weekly trips to our vet’s office to check his blood work; in addition to tackling the infection from the outside as well, with special medicated baths. After months of treatment, his skin has much improved, but Ponyboy still requires medication and regular checkups in order to keep the infection at bay.

In addition to his ongoing skin infection, it became obvious once Ponyboy was in a home environment, that he did not have control of his urinary output. Once infection was ruled out, he underwent extensive testing and ultrasounds in order to rule out a cancerous cause for his incontinence. He was ultimately put on yet another medication to help him control his urinary output which we hoped would be the answer. But having endured his condition for far too long, Ponyboy’s bladder had become enlarged and thickened and a simple medication was not enough to get his urinary system on track. He required catheterization twice a day in order to assist him with his urinary output and ultimately shrink his bladder to a normal size.

Flash forward five months from the day Ponyboy was rescued.

He is now living in a loving foster home where he has gained some much needed weight, enjoys the comforts of a loving family, and spends his days basking in the sun and playing with his canine foster siblings who he adores. Thanks to Take Me Home supporters, Ponyboy is a much happier, healthier boy. But his medical journey has only just begun. He continues to require medications for his skin as well as his urinary tract, along with daily catheterizations and the administration of fluids in order to help his system respond to his various medications. He still requires weekly visits to our vet and a daily commitment from his foster family to administer and closely monitor his medical treatment.

Take Me Home is sincerely grateful for the ongoing contributions of our supporters as Ponyboy continues his journey on the road to becoming a “Medical Miracle”. 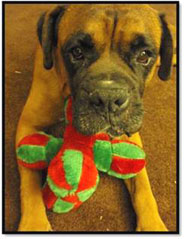 Thank you for allowing us the privilege to continue saving so many precious lives. Your donations are making medical miracles every day!

Starbuck is finally on four legs again after being left for dead in the middle of a busy street. This young, beautiful boy was struck by a car and then left to fend for himself; laying in the middle of traffic with a broken pelvis, writhing in pain and unable to get himself safely off the street. Fortunately Animal Control was alerted to his distress and he was taken to the county shelter where he waited in pain for his family to reclaim him, but no one ever came. Take Me Home picked him up from the shelter as soon as we could and immediately transported him to one of our trusted vets where he received extensive testing to determine the degree of his injuries; specifically the damage to his rear leg which he was completely unable to use. Starbuck was also severely underweight and infested with parasites. He immediately received treatment for the parasites and was put on a diet of high quality food, with several small meals throughout the day so that he could begin putting on weight. X-rays revealed that he had suffered an acute pelvic fracture and that his rear leg had sustained significant nerve damage as a result. Starbuck was treated with pain management and moved to a loving foster home where he was put on strict crate rest for two months; in order to allow his painful pelvis to heal. After many weeks of healing, Starbuck’s pelvis was stable enough to begin physical therapy in order to regain at least minimal function of his left rear leg. It took several months and multiple visits with the physical therapist each week, in addition to in-home exercises which his loving foster family was extremely diligent about; and Starbuck regained the feeling in his rear leg.

Six months later, Take Me Home is thrilled to report that Starbuck was adopted by the same loving foster family who so diligently saw him through his extensive medical recovery. Not only is he walking on four legs again, but he is running and playing and enjoys his daily two mile walks with his canine brother Radar. Those who are unaware of the trauma he suffered just months ago, are shocked to hear that this lively, active pup was left for dead in the middle of a busy street, just months ago. And those of us who do know the horror that Starbuck suffered are equally astounded at his miraculous recovery. Thanks to Take Me Home supporters, Starbuck now wears the honorable badge of a true “Medical Miracle.”